Both Dundalk and County Louth are home to Ireland's Ancient East, sure to keep the history lover occupied for their entire stay! There are various historical sites to visit, launching you back into centuries past!

Take a look at our compilation of historical attractions and activities in the local area but remember it doesn't stop here... our Concierge Team are experts on local attractions!

Enjoy a tour of the Patrick Kavanagh Centre which houses exhibitions on local history and on Kavanagh, with a sixty-seat Audio-Visual Theatre and a Research Library. Also on view are twelve specially commissioned paintings illustrating Kavanagh's epic poem "The Great Hunger", a miniature model depicting Kavanagh's classic, "A Christmas Childhood", "Kavanagh's Death Mask" and other memorabilia associated with the poet.

The special feature of the Patrick Kavanagh Centre is the unique performance tour of Kavanagh Country, which takes in many local sites immortalised by Inniskeen's most famous son, with anecdotes, historical facts, wild rumours and even the odd poem along the way.

The tour rounds off back at the Centre with a half-hour one-man show by Inniskeen actor, Gene Carroll, advance booking is advised to avoid disappointment!

Muse at the County Museum

The County Museum, Dundalk is located in a beautifully restored late 18th century warehouse in the Carroll Centre at Roden Place in Jocelyn Street. Funded by Dundalk Town Council the museum opened in 1994 and offers an extensive programme of permanent exhibitions, temporary displays, drama presentations, music recitals, lectures and film. Learn about Dundalk, from the time of Cú Chulainn to the shoe factory days!

Revel in Art at the Basement Gallery

The Basement Gallery hosts eleven exhibitions a year, and is programmed and managed by Dundalk Urban District Council. A wide variety of median and styles are displayed, featuring work by local, national and international artists. The Basement is a selling gallery, with particular emphasis place on the work of emerging local talent.

Built in 1859 for the Corn Exchange Company, but the cost of building put the company into liquidation and so the Town Commissioners bought it for 4,000 pounds. Later destroyed by fire, the newly renovated Táin Theatre is host to all forms of entertainment, from Comedians, Ballet, Opera, amateur Theatre Groups- whatever your taste in performance, An Táin Theatre has something to whet your appetite!

Many monuments and structures still stand as a testament to both the mythology and history of the area, some with visitor centres to make your exploration more pleasant.

This Norman Motte and Castle ruins is traditionally associated with Cúchulainn, who is said to have used it as his base when harrying the forces of Queen Meave as they drove north into Cooley. On a clear day, there are fantastic views of Dundalk Bay from the top of the motte.

The origins of the windmill at Seatown are mysterious. There is no documentary evidence to prove it but the mill probably dates back to the twelfth or early thirteenth century, which would make it the oldest still standing in Ireland.

The wooden gallery which surrounded the mill and the wooden sails were taken down in 1870 because of their decayed and dangerous condition. Despite numerous attempts, the mill has never been scheduled for demolition because of it's historic value.

This impressive dolmen with cap stone is said to weigh 40 tonnes and local legend believes that if you can throw a coin and make it land on top of the dolmen, you will be granted a wish so why not try your luck! The dolmen can be accessed from the car-park of the Ballymascanlon House Hotel just outside Dundalk.

This dramatic 13th century ruined Norman Castle is traditionally associated with Rohesia de Verdun, who is said to have thrown the architect from the castle walls upon its completion in order to prevent the building of a similar fortress elsewhere. The stately majestic ruins of the castle are still in fine preserve crowning a rocky outcrop in the hills just outside Dundalk.

Burns Cottage, just 4 miles from Dundalk, was once the home of Agnes Burns - the sister of Scotland's National Poet Robert Burns – and her husband William Galt. Agnes dies in 1834 and William died in 1847 and both are buried in Dundalk in St. Nicholas' Cemetery burial grounds. The centre features a multimedia centre which interprets the lives of Agnes Burns/Galt and her brother Robert and the famous poet's works and a coffee shop.

Agnes and William built the Stephenstown Pond for the local landlord, Matthew Fortescue and the cottage is adjacent to Stephenstown Pond Amenity Park. Visitors can get pond fishing permits for the carp fishery and there is also a lake, shaded woodland walks, a nature park, children's play area and picnic area. Open daily, May-Sept, 8.30am-8.30pm and Oct-April, 10am-5pm.

Old Mellifont Abbey is the first Cistercian Abbey in Ireland, famous for its lavabo. Located in a sequestered valley, four miles north of Drogheda, the building was finished in 1157 and its foundation has been associated with St. Malachy. The Visitor Centre houses an interesting exhibition on the work of masons in the Middle Ages with fine examples of their craft on display.

On the 1st January 1842 St Patrick's Cathedral in Dundalk was opened for divine worship and Daniel O'Connell, the Liberator of Irish Catholics attended Mass on that day. One of the outstanding features of the church is the splendid mosaic sanctuary walls, which is reckoned to be some of the best work ever done by Ludwig Openheimer & Co. of Old Trafford, Manchester. St Patrick's is built of Newry granite and was designed in the style of King's College chapel, Cambridge. Well worth a visit!

Known locally as the 'green church', St. Nicholas' was built in the 13th century. It was extensively rebuilt and remodelled in the 17th and 18th centuries. The church spire is green because it was originally made from copper, which we now know turns green after time from oxygen in the air. 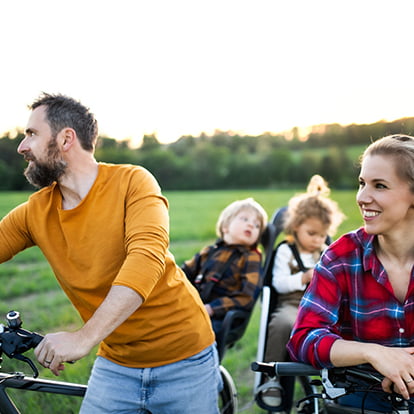